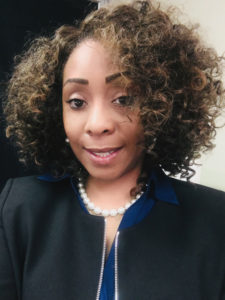 Founder and President of the Association of Urban Independent Music (A.U.I.M.), Wisdom Shawnel Williams, is a living testament to how one, seemingly destined for failure, can overcome a life of adversity with perseverance, determination, and pure gumption. Williams, a gifted entrepreneur extraordinaire has dedicated her life to giving back to the independent entertainment community through her companies (Wisdom Enterprises, Divine Cleaning Services, & Always and Forever Records) and the many educational platforms, festivals, and events she has put on over the years.

“My passion is to help others because this is what I am supposed to do. I have felt this way since I can remember and have had numerous dreams about it,” says Williams.

Born to Martha Gibbs and Eddie Irving at Broadlawn Medical Center, in Des Moines, Iowa, on March 6, 1971, Wisdom Shawnel (Gibbs) Williams’ passion and personal mission is derived from life experiences, when it comes to “enhancing the quality” of her own chaotic past. At 13, Williams’ toxic home environment reached a high that had her bouncing from the streets of Des Moines and Chicago for about a decade or so, selling drugs to earn money to eat and survive. It wasn’t until the kindness of a Chicago police officer by the name of “Officer Brown” (at 16), the birth of her daughter at 17, the birth of her son 11 months later, and faith in her visions of a better life. Williams began to see reason to change her environment, re-igniting a spark within her that had been dimmed. Yet, before she truly believed enough in herself, Williams would have to endure a turbulent 15-year marriage and an excessive of amount of self-doubt and fear, in-order to truly begin to redesign a life she and her children deserved.

“I wanted to be better. I lived the struggle and became courageous and determined not to live like that anymore.”

This determination led Williams down the path to recommit to education and to her music and songwriting roots that were once nurtured at the Miller School of Music in Des Moines, enrolled by her mother.

Williams has organized many events such as “Living Incentives for Tomorrow (i.e. LIFT) during the summer for kids ages 11 to 21 (in 2003), back-to-school showcases and talent shows at John R. Grubb Community YMCA of Greater Des Moines, Recording Artist, Zo Corleone’s (her son) music career, the Iowa Black Expo (in 2007, which saw over 350 vendors); and more. She also collaborated with a VIP Model Agency in 2015, became an operational manager and executive assistant for Midtown Studio and Films and received her 501(c)(3) nonprofit status in 2017 for performing arts education.

“I want my legacy to be known in education and the performing arts, because this is where my vision and heart lie. What I do for one, I want to do for all and for those same people to do for others. Be an anchor for yourself first, so you can help others be the same for themselves. This is the true meaning of “enhancing the quality” of one’s life.”

A living “rags-to-riches” success story, Williams is a source of inspiration. Through God, self-love, strength, and courage, and recognizing she had to accept and forgive the generational cycle of abuse; Williams epitomizes the simplicity, yet complex definition of her legal moniker “Wisdom,” a name given to her by her father.

Wisdom is her legacy.